The frequently asked questions are below the timeline.

Problem: After a recent review, we found that your app FairEmail is not compliant with one or more of our Developer Program Policies.

Quick summary: Google has contacted me directly on its own initiative to resolve the issue.

Thanks for all the support!

June 23, 2022
The app has finally been evaluated and approved by Google.

June 22, 2022
Response to the appeal: "Thanks for contacting the Google Play team. I've received your appeal and I appreciate your patience while I look into it. I'll let you know as soon as I have any additional information to share. Please let me know if you have any questions in the meantime."

June 22, 2022
All versions released to the Play Store recently (last seven days) are still pending evaluation, meaning the app will likely be automatically removed from the Play Store today. I can't reach anyone at Google which is quite frustrating. I will reconsider my "position" as an Android developer if the app is removed from the Play Store again. In any case, all development will be halted until this is resolved. Please don't blame me and don't call me drama queen, blame Google. This is all out of my control. Please see here for more information.

June 15, 2022
"You have been granted an extension to work on the production version." (for seven days)
So everything will be fine.

June 14, 2022
Test version 1.1917 was approved at 10:04 PM (MET), but still needs some testing time. If this means that the app won't be available in the Play Store for a few days, then so be it, because I think it's important to release a version that is as stable as possible, also because there is only one monthly Play Store release.

June 14, 2022
I have requested an extension of the period (7 days) to resolve the policy violation because none of the published versions have been released in the past week.

June 13, 2022
Google still hasn't approved the version without support for Gravatars and Libravatars. I've reached out to Google about this, but if the update isn't approved by June 15, the app will be removed from the Play Store again.

June 8, 2022
I received a new policy violation notice :-(
As a result, Gravatars and Libravatars support will be removed from the Play store version. May 30, 2022
Version 1.1904 is again publicly available in the Play Store, probably after Google's intervention.

May 27, 2022
Version 1.1901 has been released to the Play Store as a "production" version after confirmation from Google's privacy and policy team. It may take several hours or more for FairEmail to be available worldwide again in Google's Play Store.

May 27, 2022
Google's privacy and policy department has confirmed approval of the test version. Version 1.1901 has been released as a test version, with all reported bugs fixed, and the plan is to release this version publicly on the Play Store after evaluation.

May 26, 2022
Google has approved the test version according to the Play store developer console. I'm waiting for feedback from Google's privacy and policy team.

May 24, 2022
Google has actively contacted me and explained what the problem is and how to fix it. At the direction of Google, the privacy policy has been updated and expanded, notable with this table, and a test version has been released in the Play store for evaluation. After approval from Google, which might take a while, I will think about the next steps.

May 18, 2022
All my projects have been terminated after Google falsely flagged FairEmail as spyware without a reasonable opportunity to appeal. I appealed 5 times, basically to get the same unclear answer over and over again. Until this is resolved there will be no further development and support. 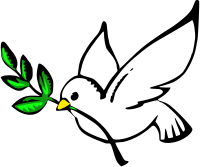